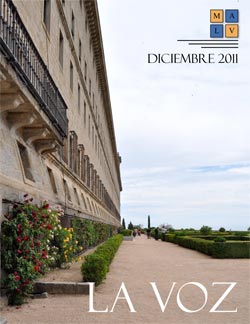 La Voz is a Milton Academy student-run Spanish newspaper that includes news, opinions, regular departments and reviews. The genre alone makes La Voz rare among school publications across the country, as does its continuous publication (three to five times over each school year) since the first edition in 1986.

“We adhere to strict journalistic standards,” said Ana Colbert, who served as faculty advisor to La Voz. “News stories, for instance, have to be researched and represent multiple points of view. If a student’s research has led him to some passionate conclusions he can express them in the opinion columns, but not in the news reports.”

The editors explore themes and then assign writing to eight to ten writers to cover news, features and departments. They may focus on active political, cultural or social events in Spain or Latin America, and then include a focus on relevant Milton campus life. Departments include op-ed opinion pieces, reviews of movies and restaurants, cartoons, and columns called “Gente” or “People” and “Entrevista” or “Interview.” Increasingly La Voz has become an outlet for students’ creative writing in Spanish. Recent submissions of poetry and prose showcase students’ talents in these areas and broaden the score of the publication.

In 2012 La Voz launched an online edition. In the winter of 2013-14, under the leadership of Señor Díaz and Señor Connolly, La Voz transitioned to a 100% digital format, providing greater opportunities for writers and greater readership.